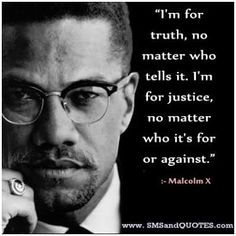 g dock at the courthouse. Photo by David Carson, dcarson@post-dispatch.com

“House Negro” and ‘Uncle Tom” Jermaine Wooten, the attorney for Tisaby, told the Associated Press Tuesday that Tisaby was being used as a scapegoat and did nothing wrong. Wooten called Tisaby “an honest and decent man” who was just doing his job.” 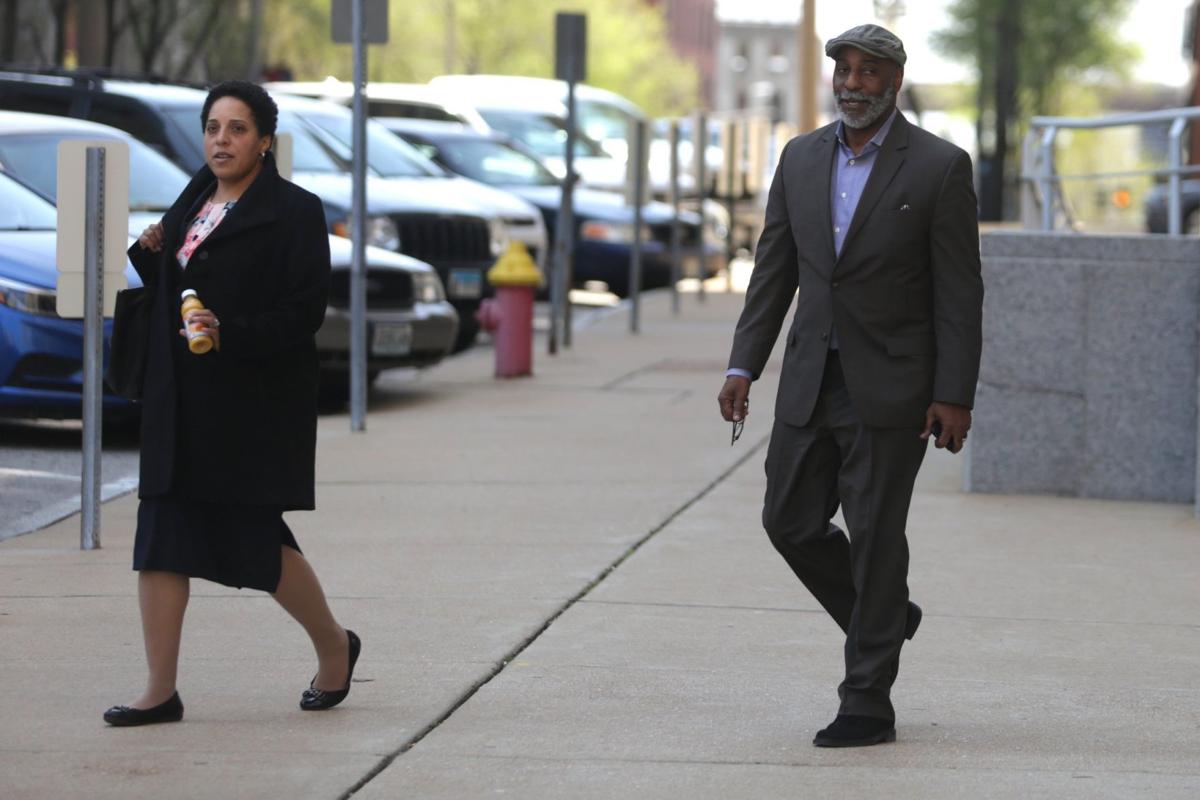 Schron Jackson, a police spokeswoman, said in an email Tuesday that the department would open an investigation after officers met with Greitens’ defense lawyers Ed Dowd and Scott Rosenblum.

Eric Greiten’s attorney said “Circuit Attorney Kim Gardner and Tisaby met in secret, then refused to testify about it, which he said was against the law.”

Attorney J. Bradley Young explained how this development could damage the case.

“If the investigator in the deposition refuses to testify by asserting his Fifth Amendment privilege, the defense team will bring that witness into court and make him restate that he’s pleading the fifth on the information in order to cast him in a bad light,” Young said. “That would certainly cast the prosecution in a bad light at the eventual trial.” “I need to advise you that you have the right to have an attorney, to consider the advice of an attorney,” Judge Rex Burlison said to Gardner on April 12.

5 On Your Side has obtained a copy of the transcript of that conversation which was unsealed when prosecutors dropped the charges against the governor.

The transcripts show the unusual scenario of a judge advising a prosecutor of her right to an attorney.

“With the allegations that have been made in open court…I need to advise you that you have the right to have an attorney, to consider the advice of an attorney,” Burlison said to Gardner on April 12.

“The allegations that I’m referring to is that in documents and argument it seems that you were in the room when the basis of the defendant’s allegations of subornation of perjury were made, and I don’t take that as true. What I’m taking that as it’s a severe enough allegation that I felt it was incumbent upon me to recess and make sure that there was a record before anything further was said and that’s what I’m doing right now. Do you understand that?” Burlison asked Gardner.

Burlison has said in open court that Gardner could face sanctions for her handling of the Greitens case. It is unclear what those sanctions could be and by whom they may be issued.

William Don Tisaby, who is hiding in the back seat of the car, is smuggled out of the Carnahan Courthouse in St. Louis after he declined to answer questions from lawyers for Missouri Gov. Eric Greitens during a deposition on Thursday, April 26, 2018. In the front seat of the car is Eric Harris (left), an investigator and bodyguard for St. Louis Circuit Attorney Kim Gardner and… 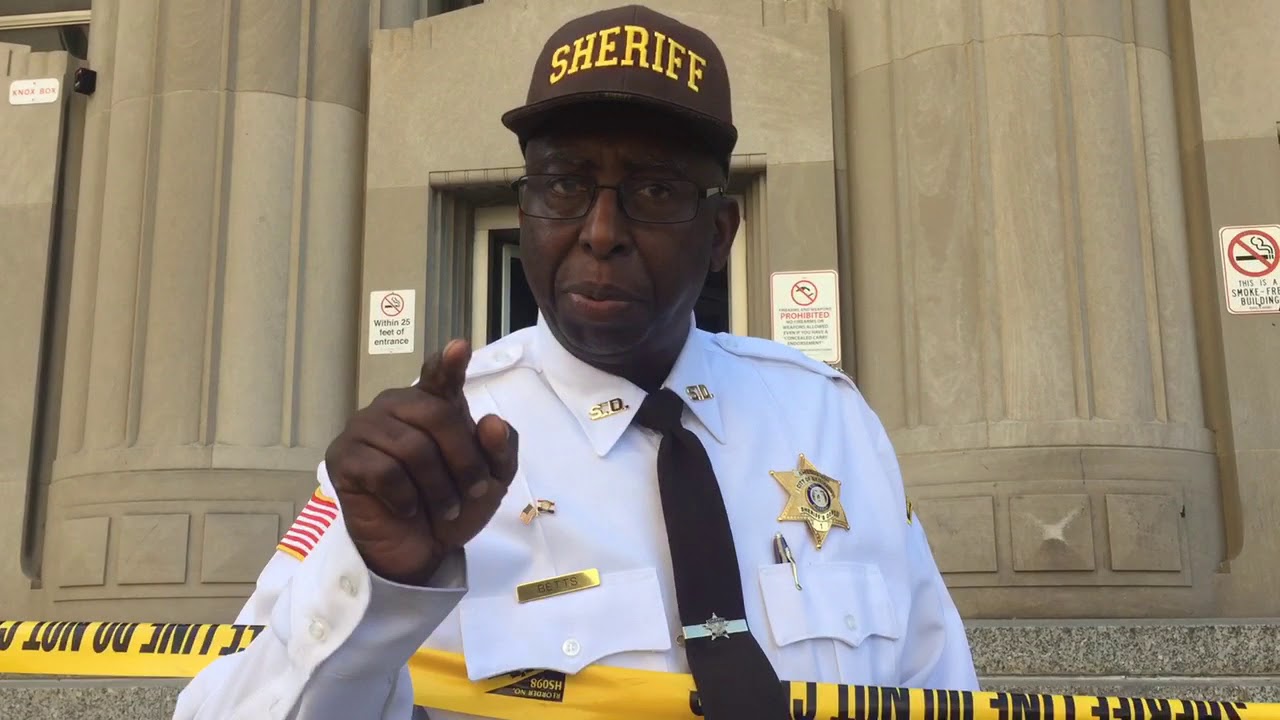 St. Louis Sheriff Vernon Betts, who is driving the car out of a loadin 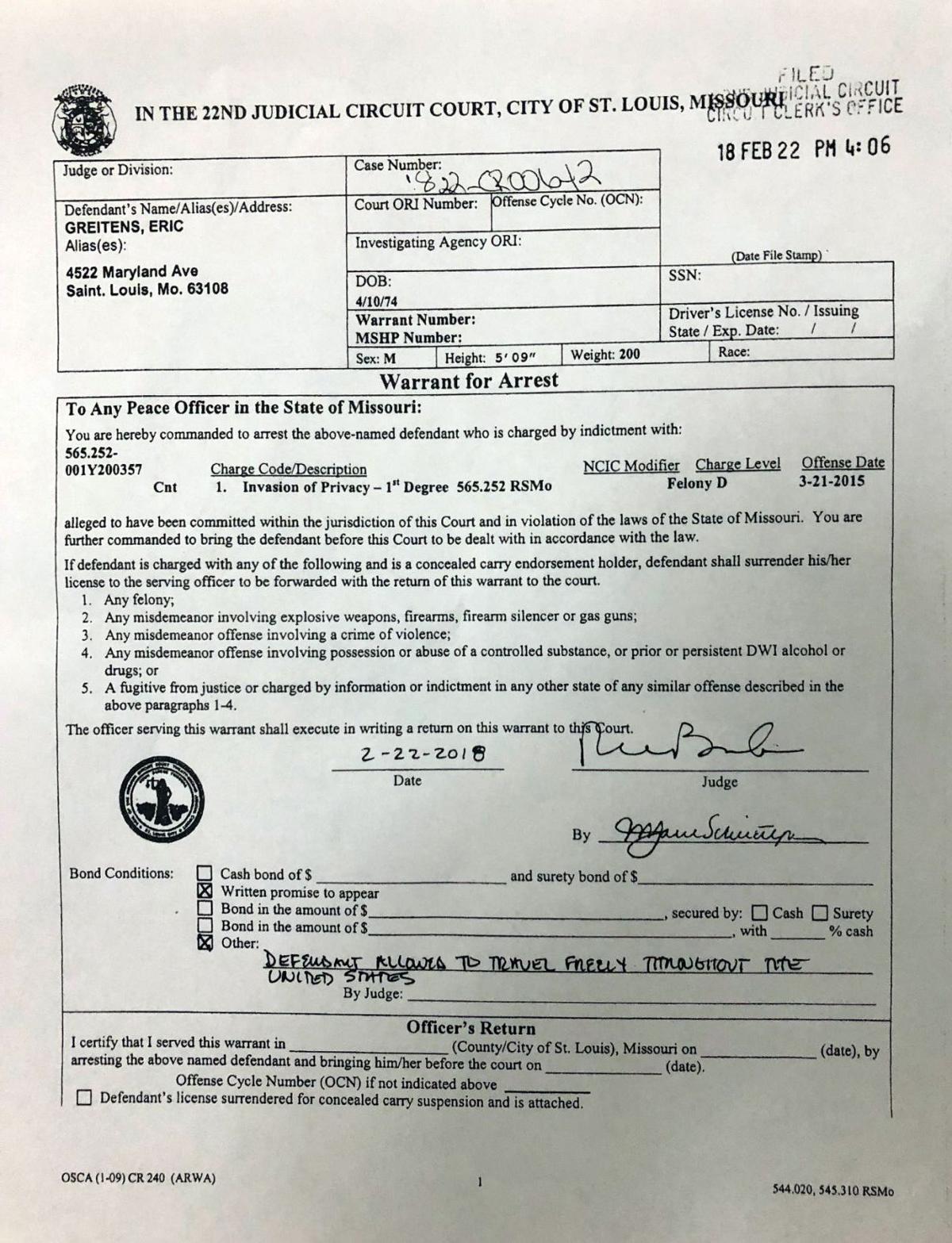 a black person that sucks up to the white man for benefits. From slave times where the house nigga would get to work inside the house as opposed to picking cotton out in the hot sun.
“Man, yous a house nigger”…”No I ain’t!”…”yes u are! youd suck a crackers dick just to get some kool aid!!!” 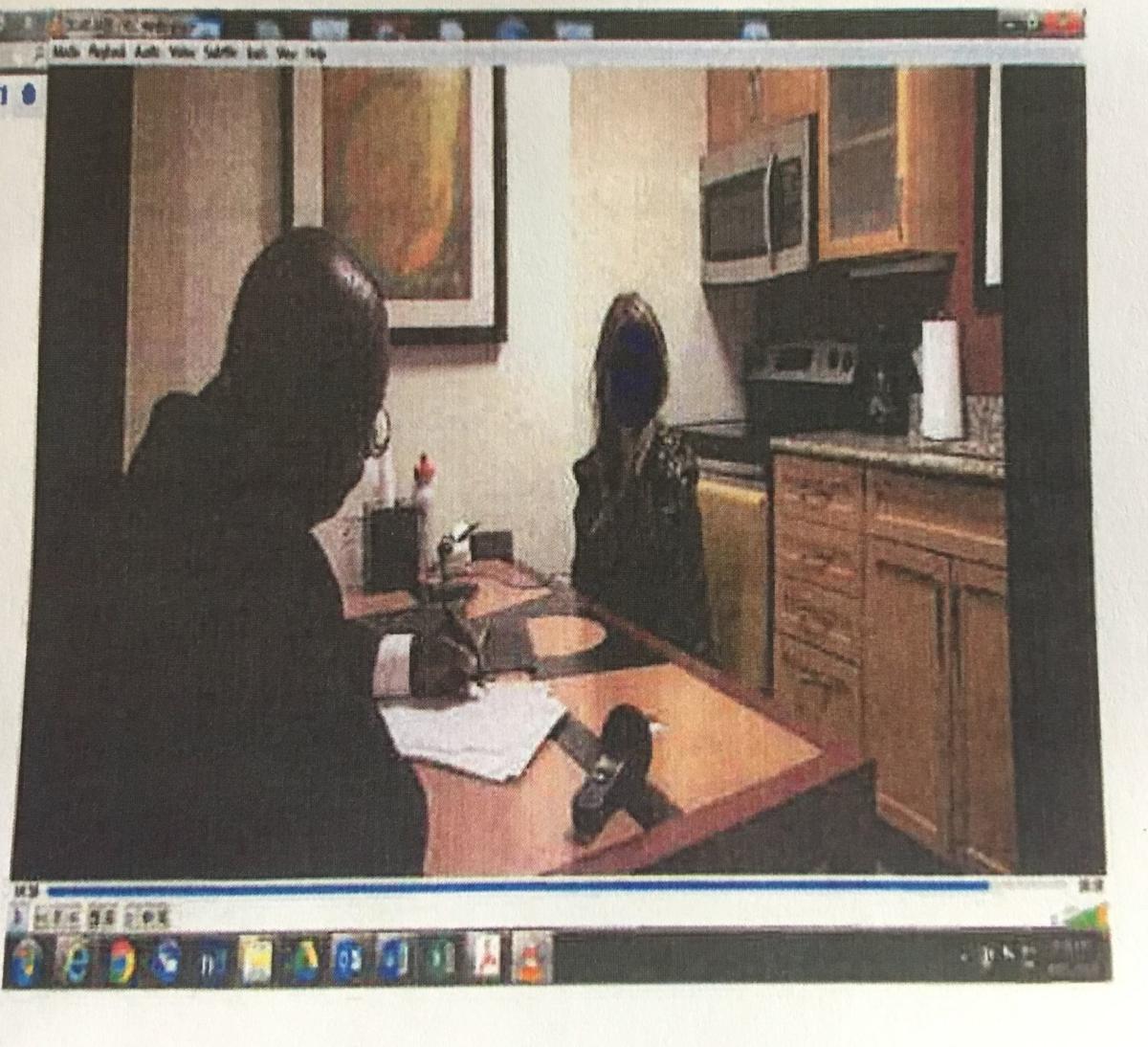 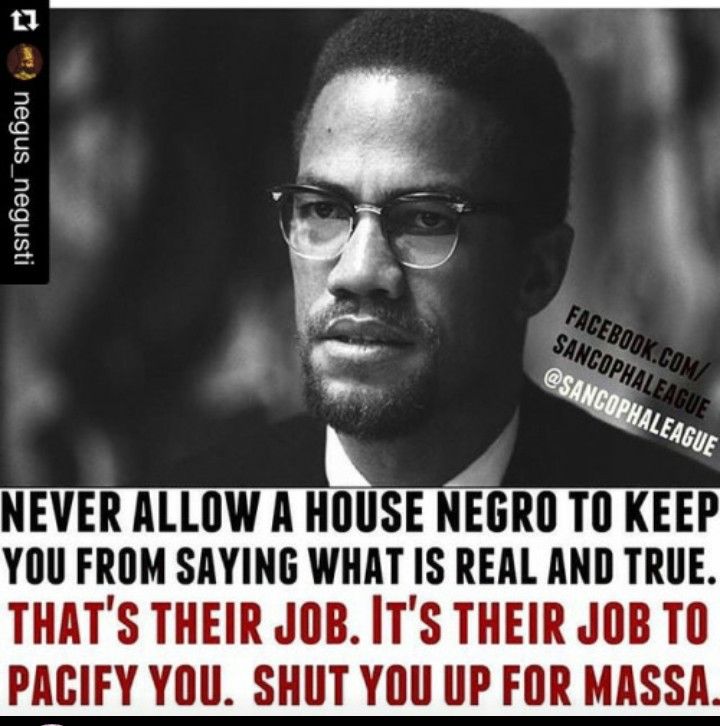 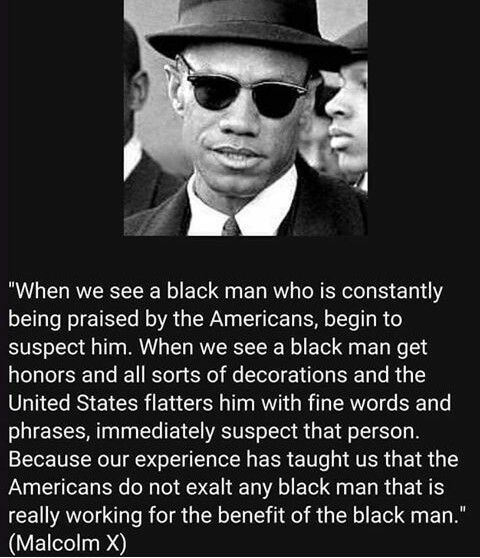 Gardner GUTTED in the words of this former Attorney and Cop

I Worked In St. Louis Circuit Attorney Kim Gardner’s Office. Her Indictment of Gov. Eric Greitens is Most Disturbing. 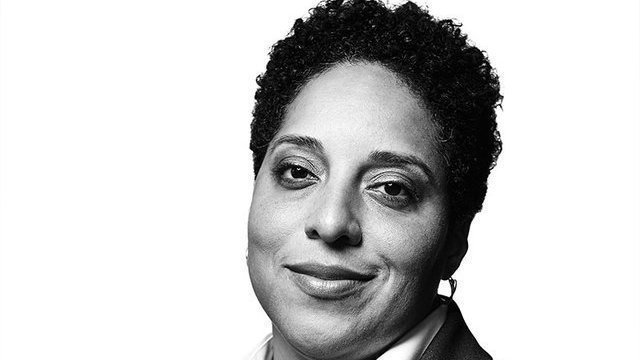 George Soros bought her seat for her and since taking office she has concentrated on prosecuting police, not criminals.

– On November 14th, 2016, Marc Lazar, a convicted child rapist, was arrested by St. Louis city police. He was charged with two felony counts of selling liquor without a license. His wife, Katherine Lazar, would also be charged in the same high-end wine scheme, in which they illegally sell expensive wine without a license and avoid paying sales tax on the transaction.

– Then, early last fall, the Lazars met with Kim Gardner and several members of her staff, including the prosecutor of this case. In this meeting, Marc Lazar made an offer to Ms. Gardner that if her office dropped the case, he would ensure that what would have been the sales tax of tens of millions of dollars in illegal sales “found its way” to her.

The prosecutor in the case was so upset by the offer and the fact that Gardner did not turn down the deal that she,  Ramona Gau, went back to her office and wrote a memo detailing what happened at the meeting.

Gardner never notified authorities about the bribery offer and Feb 6th, 2018, the case against Lazar and his wife was dropped just two weeks before his trial. The case was considered a slam dunk.

On February 6th, 2018, the Circuit Attorney unexpectedly dropped all charges against the Lazar’s, just two weeks before their trial was set to begin. As a professional in this field, I cannot emphasize enough how odd this is. A case involving several millions of dollars, high-profile defendants (including one with a prior felony record), and hundreds of hours of investigatory and legal work doesn’t simply get dropped days before a trial.

There is always an attempt to reach a settlement, some variance of a plea bargain, issue a fine, offer a suspended sentence, etc.

– In this case, nothing of the sort happened. It was, in legal terms, “nolle prosequi”—a term in the Court that means the prosecutor is abandoning all charges. In other words, it’s like the case never existed. Even the spokesperson for the CAO’s office could not offer a reason why the case was dropped.

After the case was dropped, the whistleblower alleged that the FBI got involved and question staffers in Gardner’s office.

The testimony from Ms. Gau was so compelling, she was asked to speak to the US attorney according to the whistleblower.

GARDNER IGNORED BY MISSOURI AG JOSH HAWLEY! WHAT A COWARD! Josh the emasculated joke really wants to beat Satan’s Fairy godmother Claire McCaskill so he sells his soul for 30 pieces of silver like JUDAS!

Prosecutor Steel told Judge Rex Burlison that the invasion of privacy case against Governor Eric Greitens should not be dismissed, saying, “He is guilty!”

In defense of failing to turn over evidence timely, Steel said, “There’s not one ounce of evidence that there’s anything exculpatory to Greitens.”

Steele continued, “Nothing in the notes disproves anything in our case. Nothing!”

“You seem to be arguing the State decides what is or is not exculpatory,” he said.

Kim Gardner stood up, saying, “Why would I not turn it over? (The video) didn’t work. I did not commit a crime.”