“To you, Sovereign Grand Instructors General, we say this, that you may repeat it to the Brethren of the 32nd, 31st and 30th degrees: ‘the Masonic Religion should be,  by all of us initiates of the high degrees,  maintained in the purity of the LUCIFERIAN Doctrine.  If Lucifer were not god, would Adonay (Jesus)… calumniate (spread false and harmful statements about) him?…Yes Lucifer is God…” (Albert Pike, A.C. De La Rive, La Femme et l’Enfant dans la Franc-Maqonnene Universelle, page 588.)

The “Secret Combinations of Darkness” Exposed!

The Rainbow Swastika: A Report on New Age Anti-Judaism by Hannah Newman Chapter F: Nazism and the New Age

Just doing what I feel God led to do.

Not always led by God as my past of vile filthy Satanic inspired sins shows but over “time” and the accompanying “lessons learned” ie. chastisement … learning obedience by the things I have suffered… I have been purged by Him of those people in my life I trusted and from those “sins” that prevented me from doing what I am called to do and attempting to do now in a more objective and truthful way and spiritual way as hopefully being led by God in so doing.

Last Days is where we are at in the realms of time and especially on this land which land was set apart to worship Almighty God… who in the flesh as Jesus Christ…stated when He was rejected on this land…so would He destroy the inhabitants of. I call this nation “Latter Day Sodom and Gomorrah” and we have been given over to a “reprobate mind having pleasure in unrighteousness” … as I believe God’s spirit has ceased striving with us as a nation.

Here are the words of Jesus Himself to ponder and reflect on for your spiritual edification and as a “Warning Voice” of that which is to come. I have seen in dreams foreign troops on this land and nuclear bombs go off. Not a matter of if…just when and the when is nigh at hand. 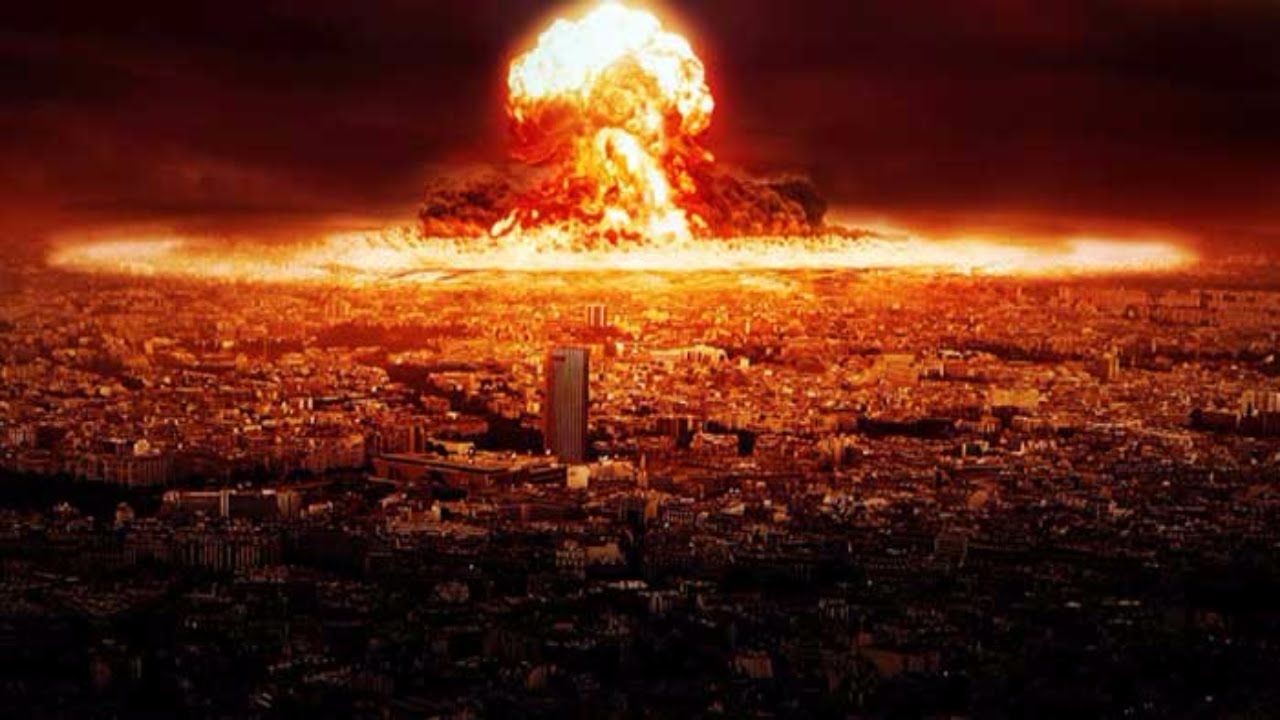 Therefore it shall come to pass, that whosoever will not believe in my words, who am Jesus Christ, whom the Father shall cause him to bring forth unto the Gentiles, and shall give unto him power that he shall bring them forth unto the Gentiles, (it shall be done even as Moses said,) they shall be cut off from among my people who are of the covenant. And my people who are a remnant of Jacob, shall be among the Gentiles, yea, in the midst of them, as a lion among the beasts of the forest, as a young lion among the flocks of sheep, who, if he go through both treadeth down and teareth in pieces, and none can deliver.
Their hand shall be lifted up upon their adversaries, and all their enemies shall be cut off.

Yea, wo be unto the Gentiles, except they repent, for it shall come to pass in that day, saith the Father, that I will cut off thy horses out of the midst of thee, and I will destroy thy chariots, and I will cut off the cities of thy land and throw down all thy strongholds.

And I will cut off witchcrafts out of thy hand, and thou shalt have no more soothsayers.

Thy graven images I will also cut off, and thy standing images out of the midst of thee; and thou shalt no more worship the works of thy hands.

And I will pluck up thy groves out of the midst of thee; so will I destroy thy cities.

And it shall come to pass that all lyings, and deceivings, and envyings, and strifes, and priestcrafts and whoredoms, shall be done away.

For it shall come to pass, saith the Father, that at that day, whosoever will not repent and come unto my beloved Son, them will I cut off from among my people, O house of Israel, and I will execute vengeance and fury upon them, even as upon the heathen, such as they have not heard”

And this IS the major reason and source of the spiritual destruction of this country. It is known among men now as “Free Masonry” but this fraternity originates when Cain listened to Satan and then murdered his brother Able…who’s blood cried from the ground. Illuminati is another word for the world wide collective of this “brotherhood”.

This found in the Anti-Mormon Doctrine Book of Mormon. Satan does not want this truth to be known and that is why he created the LDS church under the leadership of he who qualifies and represents the below as the murderer he was…say Brigham Young who murdered Joseph Smith…a very imperfect man as was David and Solomon among others.

Who transformeth himself nigh unto an angel of light, and stirreth up the children of men unto secret combinations of murder, and all manner of secret works of darkness.

And it came to pass in the forty and ninth year of the reign of the Judges, there was continual peace established in the land, all save it were the secret combinations which Gadianton the robber had established, in the more settled parts of the land, which at that time were not known unto those who were at the head of the government; therefore they were not destroyed out of the land.

And when they had hanged him until he was dead, they did fell the tree to the earth, and did cry with a loud voice, saying, May the Lord preserve his people in righteousness and in holiness of heart, that they may cause to be felled to the earth all who shall seek to slay them because of power and secret combinations, even as this man hath been felled to the earth.

And the regulations of the government were destroyed, because of the secret combination of the friends and kindreds of those who murdered the prophets.

Now this secret combination which had brought so great iniquity upon the people, did gather themselves together, and did place at their head a man whom they did call Jacob; and they did call him their king;

And it shall come in a day when the blood of the saints shall cry unto the Lord, because of secret combinations and the works of darkness;

And it came to pass that they formed a secret combination, even as they of old; which combination is most abominable and wicked above all, in the sight of God;

For the Lord worketh not in secret combinations, neither doth he will that man should shed blood, but in all things hath forbidden it, from the beginning of man.

And whatsoever nation shall uphold such secret combinations, to get power and gain, until they shall spread over the nation, behold, they shall be destroyed, for the Lord will not suffer that the blood of his saints, which shall be shed by them, shall always cry unto him from the ground for vengeance upon them, and yet he avenge them not;

Wherefore the Lord commandeth you, when ye shall see these things come among you, that ye shall awake to a sense of your awful situation, because of this secret combination which shall be among you, or wo be unto it, because of the blood of them who have been slain; for they cry from the dust for vengeance upon it, and also upon those who build it up.

As for me on a personal level…not much to share. There is a bio out there as well as all kinds of stories about me that the servants/sons and daughters of Satan have spread about me which I take as a complement. Enjoy!