Again I find myself being a magnet for another fake smile in your face stab you in the back FAKE CHRISTIAN experience and who of course…always thank me for my service  as a USMC Vietnam Combat Veteran!

This experience with Dustin’s House of Hope was unique because they professed to be “Veteran Friendly”  with and for combat Veterans suffering from PTSD and who are a potential suicide statistic unless that is…your “spirituality” does not “mesh” with theirs. (See article below with services mention and NONE OF WHICH are on their Facebook page or were mentioned to me.)

But they will “bait you” to get “donations” which after they get, will cast you off like a piece caca which donations from me were VERY SPECIAL AND USABLE which I only gave because I trusted these LIARS who used the “Name of Jesus” to deceive me no less!

At the suggestion of a REAL BELIEVER…I was informed about this group and made a call to the woman who ran this scam program. I came, I met and shared my experiences in the Nam…as well as my God given insights into the “Reality of Suicide” having had personal and secondary experience with.

This included working directly with American Indian youth and adults speaking to them in their homes, jails and detention centers. I  shared with them information from a inspired by God paper titled “Journey To The Spirit World By Suicide” that addressed the “spiritual” reality of suicide that did in fact save lives. There were over 7000 copies given out on Reservations in South Dakota and to NATIVE AMERICAN VETERANS!

One Lakota woman I picked up who was hitch hiking on the Pine Ridge Indian Reservation (and where I lived while doing this work), asked me what I was doing there. I told her and mentioned the paper. She said she had just read a copy and that it “save her life”! My God at work.

It didn’t take long for me to realize that this so called “non-profit” that professes with their lips Jesus was for me a failure given the woman who runs it failed to prevent the suicide of her own son! And what she, her brother and “husband” shared with me…they have little if any understanding of the Satanic forces at work in the lives of those men and women in the military suffering from Satan inspired “suicide ideation”.

So after I shared my testimonies (which I realize later that they categorically rejected and in spite of successes), I was invited to come back again and guess what? After I drove 40 miles one way to the “gate” to meet at the appointed time, the “husband” was not there. Neither did he answer my calls then or later which made him and this organization a collective of liars!

But they did keep my most prized gifts though and more then likely sold them for “profit” like they do with other donations as shown on their Facebook page.

By the way…during the two times I was there…I only met ONE and the same VETERAN and he was a family member. And if you scan their Facebook page and timeline of postings…count just how many veterans do you see staying “there” with a photo, discussions about etc. etc….good luck! But you will see lots of “family” photo’s though..meaning a “not for profit” for the benefit of “family and friends” more than the veterans they say they offer help to and for!

From my personal experience with “Dustin’s House of Hope”, they offered nothing of substance for PTSD Veterans and I could see and other than their “Christian” failure to save one of their own and if they can’t do that, then I ask what can they do for you!

The way they treated this combat Marine of 18 months in Vietnam was a throwback to the days of my experiences with the “hippies” upon return from Nam except for the fact…these folks added a new definition to the word “hypocrite”!

As if I didn’t have my own PTSD memories and they showed they could of cared less as “Fake Christians” who used me to get valuable and worth money donations for their failed project while then ignoring me as if I was a “KIA” and I was…as a result of my “action”  with them! (And do you see ANY Vietnam Vets mentioned on their page?)

Semper Fi to my fellow veteran brothers and sisters.

FACEBOOK PAGE for this fake “Christian” lying to this veteran page who they USED! When I called then out…THEY BLOCKED ME LOL!
https://www.facebook.com/pg/Dustins-House-Of-Hope-1600518000231985/about/?ref=page_internal 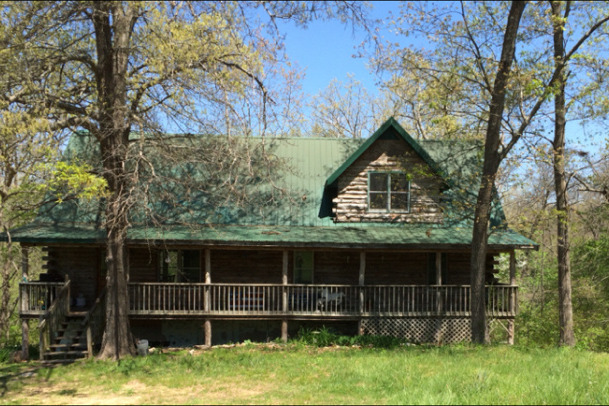 The family of the late Dustin Hudson hopes to honor his memory and help other soldiers with a new retreat center designed to help those dealing with post traumatic stress disorder and their families.

“There wasn’t enough help for my fiance,” says Michaela Ray, Mr. Hudson’s fiancee. “Afterward, we found out that, on average, 22 soldiers fighting PTSD take their life every day. That’s a lot. And that’s not OK.”

Mr. Hudson took his life on April 21 after struggling with PTSD for four years. He had served with the U.S. Army for four years and went on tours to Afghanistan in 2007 and 2011.

“He was amazing,” Ms. Ray, of St. Joseph, says. “He was very loving and caring. He’d do anything for anyone. He used to pick up hitchhikers on the road so they didn’t have to walk. He’d accept you as you were.”

They had planned to get married this July and move to Tennessee to be closer to his two children, Ms. Ray says. He’d also planned on adopting her 5-year-old son.

“He took my son in as his own from day one,” Ms. Ray says. “My son didn’t know what a dad was until Dustin came.”

Now, Ms. Ray and the Hudson family hope to help other soldiers and their families facing similar situations.

Mr. Hudson grew up on his family’s land in a house that they built by hand near Fordland, Mo., just outside Springfield. After Mr. Hudson’s father passed away in February, the family planned to sell the property.

“That was their whole life there,” Ms. Ray says. “When this happened, they decided to turn it into a way to escape the PTSD demons.”

The family is in the process of turning the house and land into “Dustin’s House of Hope,” a nonprofit retreat center for soldiers dealing with PTSD.

“There is tons of land,” Ms. Ray says. “You can go fishing in the creek, have campfires, go camping. It’s completely away from the hustle and bustle of everyday life.”

There will be volunteer nurses on call as well as a certified therapist. The house has multiple bedrooms, and they are working on securing cabins for extra living spaces on the property. They hope to be able to house families as well as individuals, Ms. Ray says.

“There is something therapeutic about being with other people who have experienced similar things — just cooking together in the kitchen, hanging out together, all the inside jokes you have,” Ms. Ray says. “You know what the other person has been through.”

They are currently in need of furniture and other basic items and hope to be able to pave the gravel driveway. They are working with Battling Bare, a nonprofit organization for soldiers with PTSD, to raise money and have a Dustin’s House of Hope GoFundMe.com page.

There will be no cost for the soldiers and their families to use the center, and they hope to be able to open it as soon as possible, Ms. Ray says. They are willing to provide transportation to help soldiers get to the house.

“We want to open as soon as we get the first phone call,” Ms. Ray says. “It’s just getting the word out there.”

“We didn’t get an appointment for in-processing until the third of March. We couldn’t get a behavioral health appointment until May,” she says. “But May was too far away.”

They hope that Dustin’s House of Hope will help fill those gaps by providing aid quickly and without “red tape or slammed doors,” Ms. Ray says.

“We want them to have peace and healing, a way to have hope again because they all lose hope,” she says. “We want them to know that (suicide) isn’t the only way out. There is hope and help. People do care.”

By Richard Boyden in Uncategorized on June 11, 2019.
← Aleister Crowley Follower And Pedophile Hillary (and Bill Clinton) Rape And Sexually Abuse Children That Are Then “Snuffed”! The Leading Cause of Death for Young Black Females is Young Black Males →