This post is dedicated to the Jewish owner of the Washington “REDSKINS” Dan Snyder who is a racist KIKE! 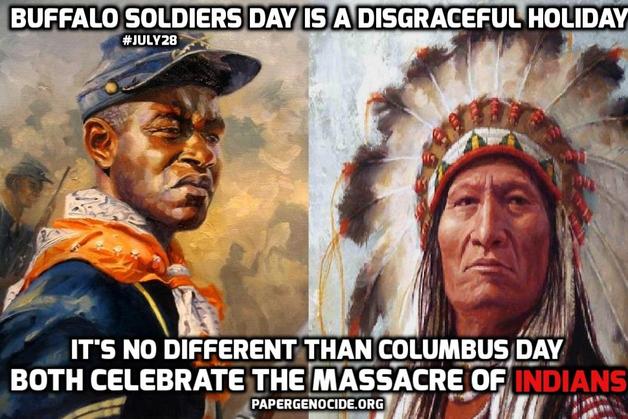 This post is dedicated to confirmed race haters of the Great Sioux Nation…Karen Sue and Bill Bunting who call these human beings massacred by animated and owned by Satan murdering raping sodomite devils like them “Prairie Niggers”! 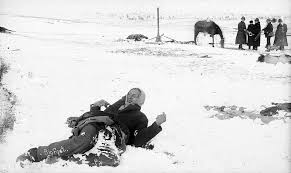 L. Frank Baum, later the author of The Wonderful Wizard of Oz, wrote in the Aberdeen Saturday Pioneer on January 3, 1891:

The Pioneer has before declared that our only safety depends upon the total extermination of the Indians. Having wronged them for centuries, we had better, in order to protect our civilization, follow it up by one more wrong and wipe these untamed and untamable creatures from the face of the earth. In this lies future safety for our settlers and the soldiers who are under incompetent commands. Otherwise, we may expect future years to be as full of trouble with the redskins as those have been in the past. Hotchkiss Guns brought to Wounded Knee by 9th and 10th Coloured Calvary that shred to pieces the Dakota.

This is for all the AFRICANS, JEWS, CHRISTIANS, HEATHENS, PAGANS, and NEW AGE WITCHES who endorse the use of the denigrating murdering racist term of extermination “Redskin”! Click here for a short example of “demonstrations” by the US Military!

The below song was written by African Buffalo Soldier who glorified the Mass Murder of over 300 innocent Lakota/Dakota men, women, and children at Wounded Knee on December 29th 1890 who they called “REDSKINS”!.

This was right after Mr. Wizard Of Oz L. Frank Baum called for the extermination of the “Redskins”!

THE INDIAN GHOST DANCE AND WAR

The Red Skins left their Agency, the Soldiers left their Post,
All on the strength of an Indian tale about Messiah’s ghost
Got up by savage chieftains to lead their tribes astray;
But Uncle Sam wouldn’t have it so, for he ain’t built that way.
They swore that this Messiah came to them in visions sleep,
And promised to restore their game and Buffalos a heap,
So they must start a big ghost dance, then all would join their band,
And may be so we lead the way into the great Bad Land.

They claimed the shirt Messiah gave, no bullet could go through,
But when the Soldiers fired at them they saw this was not true.
The Medicine man supplied them with their great Messiah’s grace,
And he, too, pulled his freight and swore the 7th hard to fnce.

About their tents the Soldiers stood, awaiting one and all,
That they might hear the trumpet clear when sounding General call
Or Boots and Saddles in a rush, that each and every man
Might mount in haste, ride soon and fast to stop this devilish band
But Generals great like Miles and Brooke don’t do things up that way,
For they know an Indian like a book, and let him have his sway
Until they think him far enough and then to John they’ll say,
“You had better stop your fooling or we’ll bring our guns to play.”

The 9th marched out with splendid cheer the Bad Lands to explo’e–
With Col. Henry at their head they never fear the foe;
So on they rode from Xmas eve ’till dawn of Xmas day ;
The Red Skins heard the 9th was near and fled in great dismay;
The 7th is of courage bold both officers and men,
But bad luck seems to follow them and twice has took them in;
They came in contact with Big Foot’s warriors in their fierce might
This chief made sure he had a chance of vantage in the fight.

A fight took place, ’twas hand to hand, unwarned by trumpet
While the Sioux were dropping man by man–the 7th killed them all,
And to that regiment be said “Ye noble braves, well done,
Although you lost some gallant men a glorious fight you’ve won.”
The 8th was there, the sixth rode miles to swell that great command
And waited orders night and day to round up Short Bull’s band.
The Infantry marched up in mass the Cavalry’s support,
And while the latter rounded up, the former held the fort.

E battery of the 1st stood by and did their duty well,
For every time the Hotchkiss barked they say a hostile fell.
Some Indian soldiers chipped in too and helped to quell the fray,
And now the campaign’s ended and the soldiers marched away.
So all have done their share, you see, whether it was thick or thin,
And all helped break the ghost dance up and drive the hostiles in.
The settlers in that region now can breathe with better grace;
They only ask and pray to God to make John hold his base.

Buffalo Soldier Indian War Medal of Honor Recipients-African-Americans & Indian Scouts
Jews had the government create and hire the Buffalo Soldiers to clear the Indians out of “Treaty Land” where any economic prospect the Jews were involved in whether it be the putting in place the first rail roads and killing the buffalo using the rail roads or the gold discovered in the Great Sioux Nations “Black Hills” per the 1868 Ft. Laramie Treaty with the Jews being the first there to steal the gold, establish banks and control the economy which they do to this day.
This is an old article I wrote that was syndicated but was deleted off the server and portal by White Indian Hater Scott Prentice..a Free Masonic dirt bag and liar.
Last but not least is the Jew/KIKE owned football team of mostly Africans called the Washington Redskins/NIGGERS that is a historical continuation of the history of targeting American Indians for genocide to this day!

Click HERE for the “Historical Roots” to the word REDSKIN and why it is the same and worse then the word NIGGER. I put this together for the ignorant of this history for no fault of their own!