Exposing Criminal HugesNet Award Winning House of Music Owner Ryke Dahlen Who Is Going To Witness The Launching of EchoStar19 In Florida! 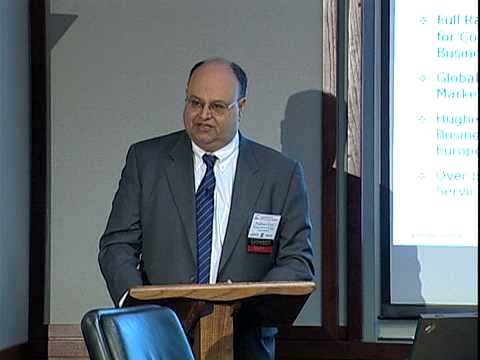 Kaul does not yet know that Dahlen has disconnected the internet service to Schuldt on behalf of his buddies Don Dickey and Tom Johnson who worked together to coordinate a slick “real estate fraud” scam on Schuldt. Johnson is the President of Spokane Teachers Credit Union.

Read this blog for documentation and details about Dahlens friends and what they are guilty of including HACKING HER ROUTER AND PHONES “AS A TEAM” AND WHY!

In a phone conversation on August 10 with Ryke Dahlen, owner of House of Music in Colville Washington, he stated right up front that he was best of friends with Don E. Dickey and Kent Duane Greves.

Dickey was paid for the home they bought from him through Spokane Teachers Credit Union and thanks to his other buddies “barred” Attorney Chris Montgomery, Stevens County Auditor, and Stevens County Title Dickey still has legal title to her property. In fact…the deed of trust has never been changed but remains in Dickey’s name as legal owner.

In his attempt to maintain his ownership, Dickey and his “brotherhood” have made 4 attempts to murder Dupree and her husband. In fact, Montgomery fabricated a “document” that would solidify Dickey’s ownership upon the death of Dupree which given he still IS the owner “legally”, would end any controversy because the law in Stevens County…say Sheriff Kendall Allen and the “Courts”, would make sure the word “murder” would be eliminated in their investigation if Dupree and her husband were found dead.

Enter Complicit in the attempted murder of Suzanne Dupree and husband Arnie Wade the House of Music owner Ryke Dahlen and technicians/ installers of the HughesNet Satellite, Dish Network, and with the assistence of Centurylink Quest rep Jerry Linquist.

Now say “Cisco SPA122 ATA with Router”! This “wire tapping/multiple line users/turn on and off by “controller” say Dickey and Greves among others…was installed by House of Music Audio security specialist/Brandon Keeley.  Brandon@ColvilleHouseofMusic.com. The individual who set up routers/Hughes Network (509)684-6441

Dahlen confirmed in our phone conversation that a “split line” could be set up on “my property” so that those of my family who moved there could be included in the “multiple analog land line network” with their own privacy and passwords with the “controller” being able to “listen” which has been confirmed with Duprees experiences…say listen to, manipulate, disrupt and shut down any and all connections to any and all services that are interfaced with including phone, HughesNet Satellite, Dish Network, and Centurylink! Amazing huh because this is exactly what House of Music set up for Dupree’s enemies!

Dahlen’s House of Music even installed the ability for Dickey, Greves, and all the others to SEE any and all activities in Dupree’s home using the technological devices capable of and all this without knowledge of Dupree!

SCHULDT/DUPREE’S INTERNET SHUT DOWN BY HOUSE OF MUSIC USING “HACKED ROUTER” WHICH HEY INSISTED SHE HAD TO BUY WHEN HUGHES NET RENTED DIRECT WHILE HUGHES NET STILL IS BILLING HER!

That’s right…she has NO INTERNET and NO WORKING PHONE! And HugesNet representatives hang up on her.This has been documented by AVAST SECURITIES!

Here are the features of the this Cisco router just to let you know what Dahlen’s House of Music had Brandon Keeley install for his  friend Dickey, Greve, and others to be named.

The Cisco SPA122 ATA with Router is an analog telephone adapter that combines high-quality, feature-rich voice over IP (VoIP) service with LAN connectivity. Easy to install and use, the adapter provides two independent standard telephone ports to connect analog phones or fax machines to a VoIP service provider for clear voice calls, reliable fax connections, and simultaneous Internet and LAN with the integrated router. The standards-based SPA122 is compatible with Internet VoIP provider features such as caller ID, call waiting, voicemail, call forwarding, distinctive ring, and much more to provide a complete, affordable, and highly reliable VoIP solution.

Then there is the Jerry Linquist Century Link AVISTA connection to this “cabol” of KKK Indian Hating murderers! From a blog of Suzanne Duprees.

Posted on July 28, 2016 by Looking Back Woman-Suzanne Dupree

Avista’s attempt to call was unsuccessful because it only rang 4 times.

Recognized the number, checked my little black book of phone numbers, it was Jim/Avista number from several years ago 680-6014!

Had things to do, & called from my satellite Hughes Network phone…

Jerry Lindquist voicemail Boyden got too!

Not everyone, Doug is as dumb as a stump!

And, after you, Douglas Kyle state June 8, 2015 there were no hazardous conditions with Avista’s 1984 leaking transformer, then threats from Scott, your supervisor locally at Avista file #1505021 at Stevens County Sheriff’s Office, and, finally after trying since Feb.2, 2015 for Avista to remove the leaking transformer…Sept 14, 2015 after another Avista attempt shutdown by Avista repair crew fearing for their lives/Safety because…it was NOT just harmless oil, Mr Kyle it was PCB’s leaking!

The leaking PCB transformer was removed from Orient Cutoff Road by 5 Avista vehicles, one hazardous waste containment vehicle, Avista workers in hazardous waste protection gear, & finally got what should have been done immediately!

All filmed, photographed, witnessed & documented, through the whole Avista removal process while Arnold Wade Was Not Home, Mr Kyle/Avista Corp…

Trying to do it without witnesses, & I alone…gang stalking is illegal!

We know who & what your Avista/drugs-Centurylink-Quest CEO’s are all about with Avista dirty electricity, Smart meters/Transformers with surveillance & data mining capabilities, & the accompanying health hazards associated with them to customers/consumers, including death!

Your locking ring tag is spot welded, back in place as required, we still pay our Avista bill early, despite your crummy track record with us personally! No one comes here while Arnold Wade is not here, Avista has a serious problem UNDERSTANDING that fact!

Your dirty laundry Avista/Centurylink-Quest Jerry Lindquist is bagged, tagged & exposed…
The investigators know where you all live, all your contact info & what brand of tidy whities (undies) you all where, how you are all interconnected & co-conspiritors & why!

And, for the record Avista/Centurylink-Quest Jerry Lindquist….anything happens to us, our animals, our home, vehicles…the World knows it was no accident, but by design!

Anything you don’t understand about what is written here, Douglas???
Call Lindquist, he has Boyden’s number & the message to all co-conspiritors, “Not IF, WHEN!”

“Even in the little town of Colville, sometimes people do things right!”

Ryke Dahlen owner of House of Music in Colville Washington.

When a small town business sweeps the competition for national and regional awards, it’s clear that they are doing something right. And that’s exactly what Ryke Dahlen hopes. Colville’s House of Music won both the West Coast Regional and the National Award for Customer Service and Retention from the HughesNet Satellite Internet Company this summer, much to the surprise of the business owner.

In July, HughesNet flew store owner Dahlen to the company’s national summit meeting in Charleston, South Carolina, for the award presentation. Coming from a town of less than 5000 people, Dahlen and his Main Street store left over 200 dealers from larger towns in the dust for customer service ratings and retention. Dahlen says that House of Music has installed and serviced more than 1000 customers in the area. Providing satellite internet for 20 years, the business has been installing HughesNet for the last decade, and the Internet company’s Gen4 service for the last five years.

In Charleston, Dahlen was presented both the national and regional awards by the company presidents along with national and regional managers. It was an unexpected reward for a history of great customer service and good local business practices. “Even in the little town of Colville, sometimes people do things right!” Dahlen says, and the statistics back it up. For more information about HughesNet satellite internet or the other services provided by House of Music, stop by 142 South Main or call 509.684.6441. You can also find them online at www.colvillehouseofmusic.com or on Facebook at https://www.facebook.com/ColvilleHouseOfMusic