You ever wonder why these race hate “Field Nigger” punks like Nelson make “documentaries” to PROTECT THE GUILTY? Well…here is a prime example of just that.

I’t all in the “AIM FAMILY” from Obama to Absourezk his adviser down to the “Leadership” of fake Pretendian murderers rapists and pedophiles and even BLACK JUDGES…more “House Niggers” work to protect the GUILTY working with AIMmurderers…say Davis and Bellecourt the drug dealing raping murdering bastard!
https://richardboydenreport.wordpress.com/2016/03/05/updated-black-judge-michael-davis-complicit-with-tutor-clyde-bellecourt-in-murder-of-black-man-perry-ray-robinson-jr-2/

Yes…you read right…those of you who just watched Stanley Nelson’s just released documentary on the Black Panther Party…Nelson who is an acclaimed award winning Black/African American film maker and founder of FIRELIGHT MEDIA.

He along with his partner in this “crime” Marcia Smith deliberately and intentionally left out the murder of Black/African American Civil Rights Worker Perry Ray Robinson Jr. by The American Indian Movement at Wounded Knee South Dakota in 1973 in his directed and produced “Wounded Knee” part of the PBS “We Shall Remain” film released in 2009. 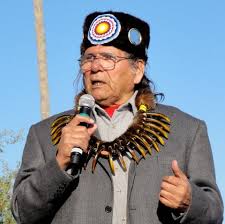 Perry Ray Robinson Jr. was murdered in cold blood at Wounded Knee on orders from Dennis Banks (interviewed) co-founder of the American Indian Movement. David Hill was the shooter. Banks, who can’t remember a “Black man” at Wounded Knee directed where to bury Robinson after…